Welcome To Currency Return | We're On Your Side 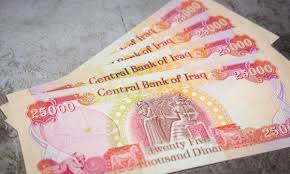 Iraq, which devalued its currency by about 20% against the dollar, said one main reason for the move was to push the economic cycle forward and activate private sector and local production to avoid a severe budget deficit, according to Finance Minister Ali Allawi.

The finance ministry, which controls the reserves from oil sales, will sell its dollars to the country’s central bank at an exchange rate of 1,450 dinar per dollar, which will in turn resell to local banks at 1,460 with a marginal benefit, Allawi said in a televised interview on the state-run Iraqiya channel.

Iraq devalued its currency by the most on record as the cash-strapped government faces an economic crisis brought about by low oil prices and crude-production cuts. The official rate was cut from about 1,190 previously, the first devaluation since 2003.

“What has been done is a preemptive step,” he said. Without the move, “a huge inflation will take place. We will hit the wall,” he added.

The country’s foreign reserves could be depleted in six to seven months if government expenditure stayed on the current trajectory without moving its exchange rate, the minister said. The budget deficit in 2021 could reach to 100 trillion dinars ($84 billion) without this step.

Allawi stressed on the importance of the devaluation as a so-called reformative step, as Iraq’s domestic producers can’t compete with lower-cost imports, which have flooded the local market.

The world’s third-largest oil exporter is taking the steps to avoid depleting its foreign-currency reserves after the coronavirus sapped demand for energy and caused prices to collapse. The government last month sought upfront payments in exchange for a long-term crude-supply contract to help mitigate its dire financial situation.

The International Monetary Fund expects Iraq’s economy to shrink 12% this year, more than that of any other OPEC member under a production quota, and that its budget deficit will reach 22% of gross domestic product.